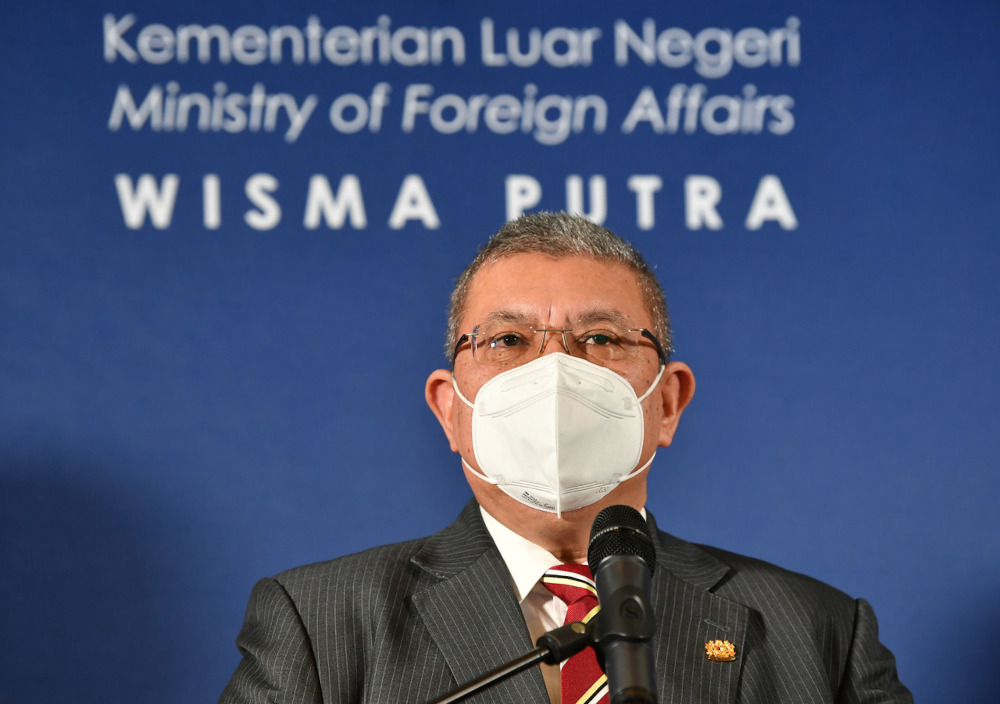 KUALA LUMPUR (Oct 6): Malaysia is ready to consider holding a dialogue with Myanmar’s National Unity Government (NUG) if the five-point consensus agreed upon by Asean to resolve the crisis in the country, does not get the cooperation of the current ruling military junta.

Foreign Minister Datuk Saifuddin Abdullah said the Asean Foreign Ministers’ Meeting last Monday was informed that Naypyidaw was still not cooperating with the terms of the consensus.

“In the past, Malaysia had been the first country to facilitate constructive engagement even before Myanmar became a member of Asean,” he said during question-and-answer session at the Dewan Rakyat today.

He said this in response to a supplementary question from Wong Chen (PKR-Subang) who wanted to know if Malaysia was willing to hold a dialogue, even when Asean as a bloc, has yet to have one with the NUG.

NUG is shadow government formed last April by representatives from the National League for Democracy led by Aung San Suu Kyi and others. NUG activities are largely carried out online.

Saifuddin said if there was still no progress on the part of the Myanmar authorities to implement the consensus, Malaysia is of the opinion that it would be difficult to invite the army chief currently in power in Naypyidaw to attend the Asean Summit on Oct 26 to 28.

“However, the five-point consensus is still being worked on… in whatever humanly possible by the special envoy (Asean),” he said.

Since the elected government of Aung San Suu Kyi was overthrown by Myanmar’s junta led by General Min Aung Hlaing on Feb 1, there had been internal unrest with nearly 1,000 civilians killed by security forces.

Asean has also appointed Brunei Foreign Minister II, Erywan Mohd Yusof as special envoy to Myanmar but he has not been able to play his role because of the military government’s refusal to cooperate. – Bernama