Tuesday, February 7
You are at:Home»Sports»Abd Karim: Only 44.9 pct of S’wak youths involved in sports
For the freshest news, join The Borneo Post's Telegram Channel and The Borneo Post on Newswav. 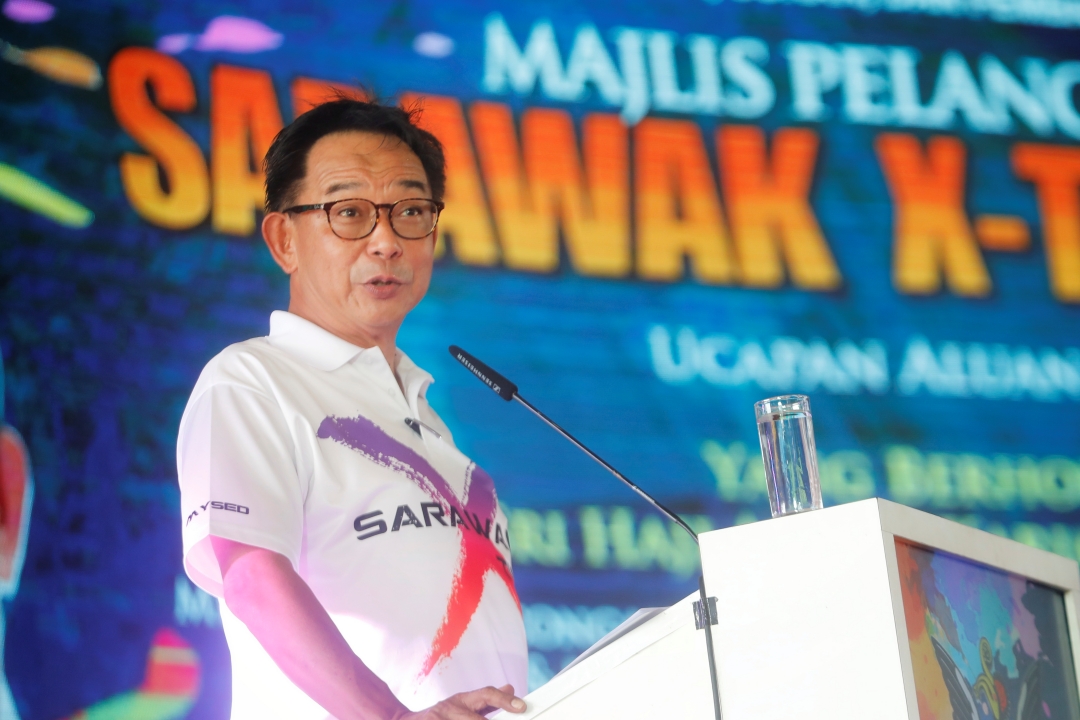 Abdul Karim speaks during the opening of the Sarawak X-Tive programme in Gedong. – Photo by Chimon Upon

“As such, more programmes need to be created to ensure the youths in the state have more interest in sports,” he said when speaking at the inaugural Sarawak X-Tive programme in Gedong near here today.

He said the figure was based on a survey carried out by his ministry throughout the state.

Having observed other countries in terms of their people’s involvement in sports, Abdul Karim said their sports complexes were always filled with its people actively involved in sports activities.

Following on this, he said the Premier Datuk Patinggi Abang Johari Tun Openg has approved the construction of sports complexes throughout the state, with about 17 more mini complexes have been planned and in various stages of implementation.

“With these sports complexes, we can provide Sarawakians with places to conduct recreational or sports activities,” he added.

Officially launched by Abang Johari, the Sarawak X-Tive programme was held in 12 divisions across Sarawak simultaneously.

With the participation in sports and recreational activities in this event, Abdul Karim expressed his hope that this can attract the youths to involve themselves in sports and to train professionally in becoming professional athletes.