Wednesday, July 6
You are at:Home»Features»‘Life goes on’ for unfazed Taiwanese on frontline islands 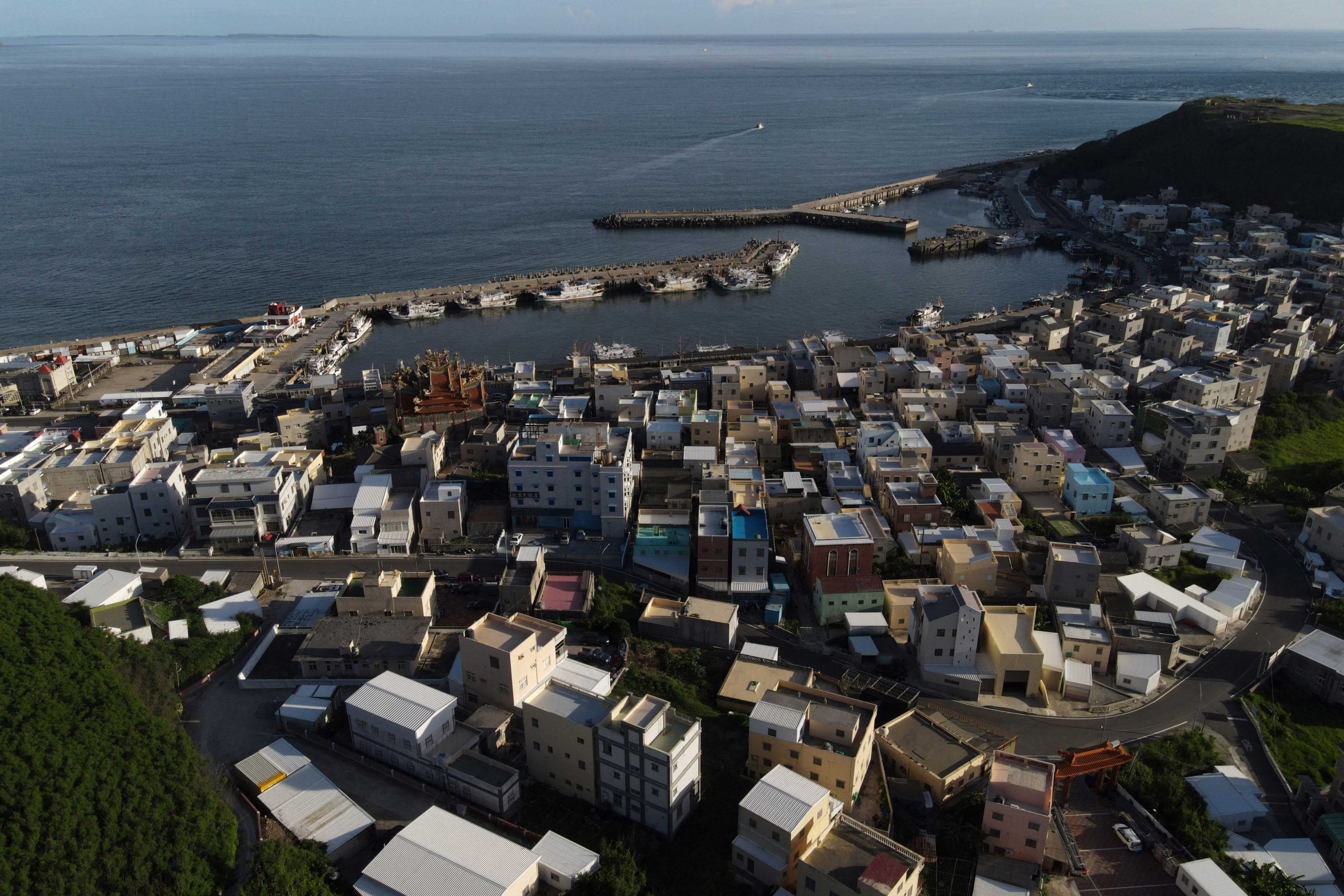 This aerial photo taken on May 30, 2022 shows the local fishing village of Neian in Xiyu Township on the Penghu islands. In the sleepy fishing towns on the Penghu islands, many locals are sanguine despite the frequent — and noisy — reminders of the military threat by neighbouring China. — AFP photo

XIYU (June 17): Since moving from Taiwan’s capital to the outlying Penghu islands for the peace and the fishing 11 years ago, Lin Chih-cheng has grown accustomed to the roar of Chinese fighter jets puncturing the lull of the surf.

“If there’s a day where they don’t take off, it feels weird,” laughed Lin, an affable 61-year-old who runs a juice stall with his wife on the western Xiyu Islet.

The archipelago’s location about 50 kilometres (30 miles) out in the Taiwan Strait means it is likely to be on the front line of any potential invasion by China — a perennial possibility that has loomed ever larger in the last few years.

Beijing claims all of Taiwan as its territory, and its pledge to take it by force if necessary has begun to seem less farfetched as China projects an increasingly aggressive stance on the world stage.

But in the sleepy fishing towns on the islands, many locals are sanguine despite the frequent — and noisy — reminders of the military threat.

“Everyone says tension between both sides is high now, but I am not worried,” said Lin. “I have confidence that our government is not beating the war drum.”

Xiyu’s azure waters and twisting, heart-shaped stone weirs have made it an Instagrammer’s paradise.

Business is good at the juice stall, where Lin and his wife blend cactus fruit and ice flower into sweet, cold drinks for a stream of thirsty tourists.

Just down the road are a very different set of customers — the soldiers at a Sky Bow base, home to Taiwan’s surface-to-air anti-ballistic missile and anti-aircraft defence systems.

“I actually do a lot of deliveries to the base,” Lin said. “I have been inside. It feels quite normal to me.”

The presence of troops has been a fact of life for decades on the island, where they are seen more as a source of income than one of dread.

“People from both sides (of the strait), we actually share the same language and culture,” Lin said.

“Who wants war? We actually get along with each other. The affairs of those in power are none of our business.”

But Penghu has found itself at the mercy of geopolitical forces many times throughout its history.

“Penghu is a hard-to-defend place,” Chen Ing-jin, a 67-year-old local historian and architect, told AFP. “It’s flat and has many coastal areas, which makes it very hard to prevent possible landings.”

The Dutch, French and Japanese all invaded with little trouble, and signs of war — past and present — are everywhere.

The historic forts, now there for tourists rather than defence, have been replaced by serious modern firepower.

In addition to Sky Bow, the islands also harbour Hsiung Feng II anti-ship cruise missile bases — Chen helped build one of them during his military service.

Xiyu also hosts a radar station that would give vital early warning of any planned attack.

Those are all reasons Beijing might choose to take the islands before any attempt on Taiwan’s main island in a bid to disable the military instalments and gain a resupply base.

Few locals think they would stand much chance against China’s People’s Liberation Army.

“Their ships will surround the islands and that will be it. There’s nothing we can do about it but accept,” said Chen’s friend, Wang Hsu-sheng.

Like many, Wang’s family history tracks the islands’ tumultuous changing of hands.

His father was put to work in naval yards under the Japanese occupation, and only returned to the family business — creating painstakingly detailed miniature paper deities for temples — after their withdrawal at the end of World War II.

Wang, now 70, learned the craft from his dad, but calls it a “dying art” in this day and age.

He said China’s actions over the last few years have made him “very uncomfortable”.

“The Chinese are like the Russians. What’s yours is mine. What’s mine is still mine,” he said, referencing the recent invasion of Ukraine.

Andy Huang, who runs an ice cream shop in the main town of Magong, has more experience than most in facing Beijing’s belligerence.

A former coastguard, the 29-year-old was based in the South China Sea’s contested Spratly Islands when a “3000-tonne Chinese coastguard ship was circling our island with their big guns pointing at us”.

He and his colleagues were ordered into their far smaller boats to drive it away, though a confrontation never materialised.

“I was really scared, scared of dying in a gunfight,” he said.

That brush with war seems far away today as he hands out icy treats to sunburnt visitors.

But Huang was clear he would fight to defend his home if need be.

“I would be one of the first to be called up to serve if war breaks out,” he said stoically.