Sunday, December 4
You are at:Home»News»Court»Jobless man charged with beating big brother with broomstick in Bau 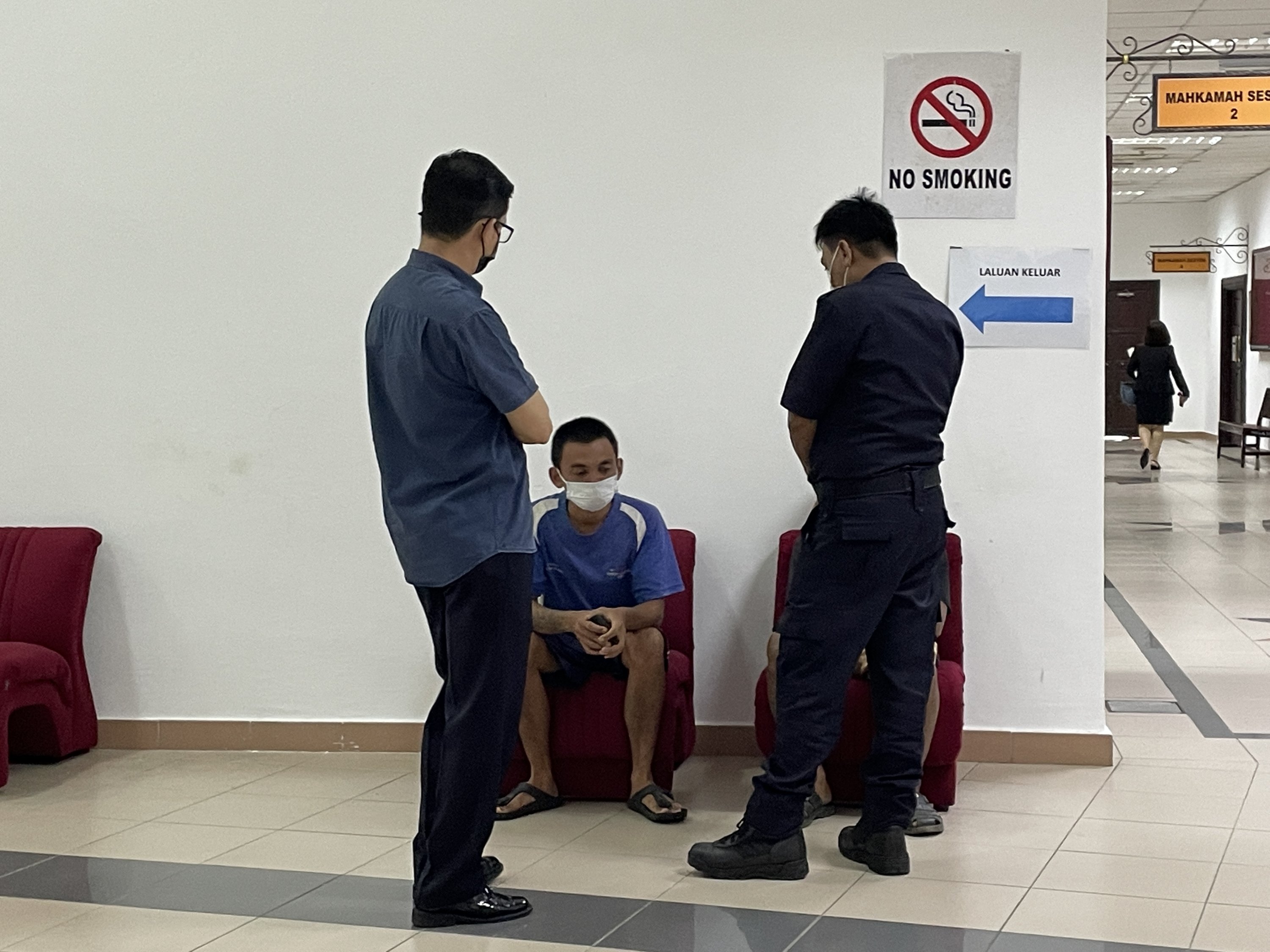 Ajun (seated) is seen in the courthouse following proceedings.

KUCHING (July 5): An unemployed man claimed trial in the Sessions Court here today to beating up his 47-year-old brother with a broomstick.

Ajun Harmono Yatni, 35, was charged with voluntarily causing hurt under Section 324 of the Penal Code, read together with Section 326A of the same Code.

The Section carries a jail term of up to 20 years, a fine, caning, or any two such punishments upon conviction.

Ajun allegedly committed the offence on June 6, 2022 at around 11.30am in Kampung Pejiru, Bau.

He appeared before Judge Afidah Abdul Rahman, who released him on RM3,000 cash bail with one local surety.

Ajun allegedly ran amok and damaged kitchen utensils belonging to his brother, the complainant, before assaulting him.

A medical examination in Bau Hospital found the younger brother suffered soft tissue injuries on his back due to the incident.

He was arrested later the same day.

It is understood that Ajun was intoxicated when he committed the act.