Saturday, January 28
You are at:Home»News»Sarawak»Socso to adopt children of parents who died in Matang car crash
For the freshest news, join The Borneo Post's Telegram Channel and The Borneo Post on Newswav. 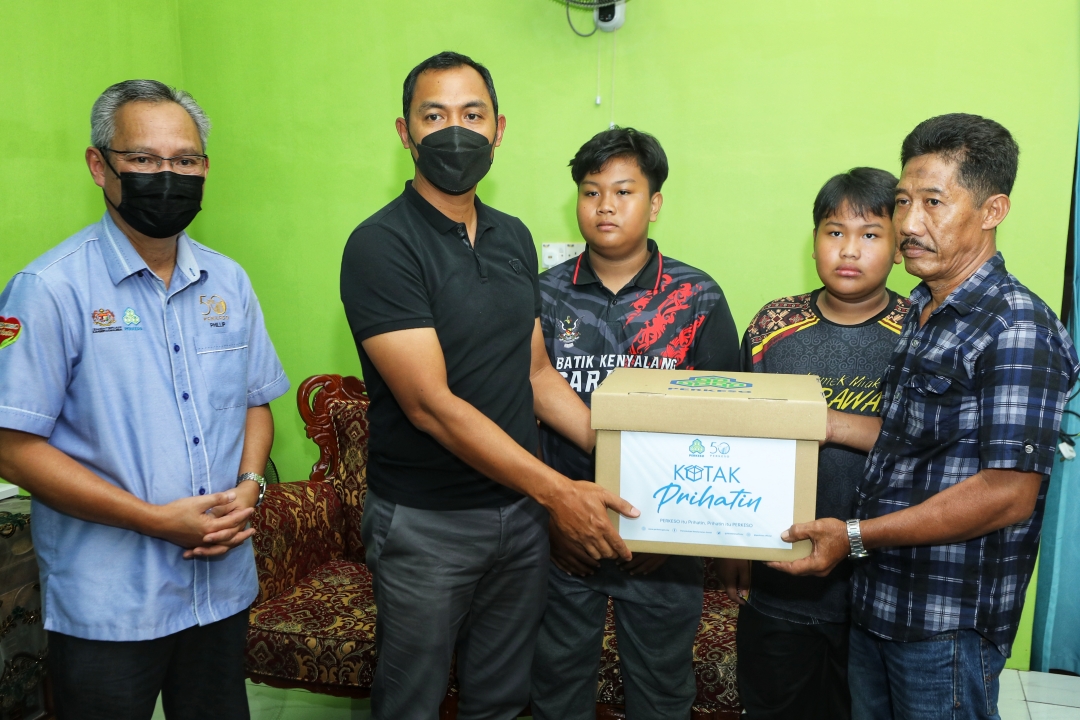 Fazzrudin (second Left) passes the Socso payout to Saundi (right) as Philip (left) and the children look on. – Photo by Chimon Upon

KUCHING (July 7): The Social Security Organisation (Socso) will adopt the children of the late Abdul Wahap Yusuf and Sulyani Gimo who perished in a car crash in Matang here last May.

This was stated by Socso Sarawak director Phillip Sangkan during a visit to their home at Jalan Matang here today.

According to Philip, both of the children would be adopted under the organisation’s ‘Program Prihatin Keluarga Angkat (Protrek)’.

The children of the deceased are also eligible to receive Socso’s Dependant Benefit Pension Claims (FOT) as both of their parents were active Socso contributors during their lifetime.

Under the FOT, the children are entitled to receive a one-off RM4,000 funeral management benefit (RM2,000 per deceased) and a monthly pension of RM1,317 until both of them have reached the age of 21 years.

Coming with Philip was Fazzrudin Abdul Abdul Rahman, the chief political secretary to the Premier of Sarawak and Tupong assemblyman, who handed over the first payout to the children’s 60-year-old uncle Saundi Gino who is also acting as their guardian.

“Through this programme, we will ensure they receive all the assistance for various needs, with priority given to their education,” said Philip.

He added that the children might also be eligible to receive Socso’s education loan scheme in the form of a scholarship.

On another note, Fazzrudin said contributing to Socso has many advantages that may prove beneficial during unexpected events like accidents.

“I highly advise those who are yet to make any contributions to do it in order to reap the benefits as it can act as a safety net or insurance coverage for their families,” he added.

Meanwhile Safri Yusop, 43, who is the brother of the children’s father, expressed his thanks to all of those who were willing to lend a hand and support throughout their trying times.

“Alhamdullilah, the monthly financial aid from Sosco will be of great help to the children of my late brother.

“When it comes to education, everything seems to go well for both of them. However the younger sibling has been feeling unwell in recent times, which I think is probably due to latent feelings he’s been keeping ever since that day,” he said.

Currently, both of the children are living with Safri and Saundi in their residential home at Jalan Matang.

Abdul Wahap and Sulyani were victims of a car crash at Jalan FAC Matang on May 12.