Saturday, July 4
You are at:Home»News»Wong’s resignation from two ministerial posts accepted by CM, to take effect after leave 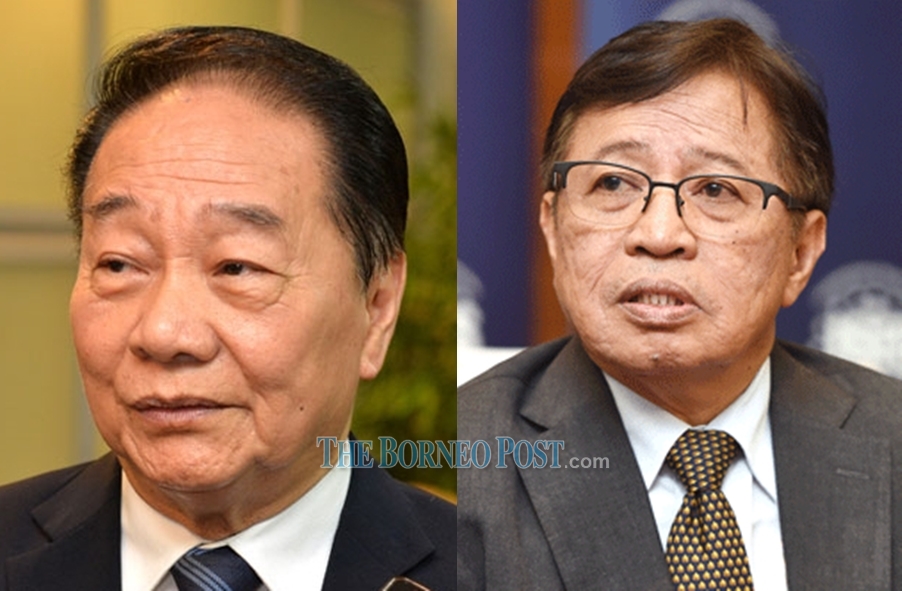 Wong’s (left) resignation from his two ministerial posts has been accepted by Abang Johari.

Wong will vacate his office immediately after his leave is over, Abang Johari revealed.

He said the Parti Sarawak Bersatu (PSB) president had tendered his resignation when the latter met him recently.

Wong, who is also International Trade and E-Commerce Minister, is currently on leave, he added.

“He got an extended leave. I think it’s up to August,” he told reporters when asked if Wong had tendered his resignation after the launch of Gabungan Parti Sarawak (GPS) for Zone 4B at Kampung Pinchin here today.

Wong is reported to have paid a courtesy call on the chief minister on July 17.

“I as president of PSB will do everything to help the chief minister to work hard for the people and the state of Sarawak,” he was quoted as saying.

The Bawang Assan assemblyman was previously tight lipped on whether he had tendered his resignation from his cabinet posts and when his last day in office would be.

Previous ArticleMan found dead in front of temple at Siniawan
Next Article Chong: SUPP means nothing to GPS